For networks to function, packets of information must make it to the correct destination (to the correct IP address). This depends on accurate addressing and also on effective routing. As the name suggests, a routing is the network function in which packets are sent via a route to their destination. Routing occurs between the LAN and the Internet and this is accomplished through a device called a router (or more likely this function is assigned to routing software on a network appliance that serves multiple roles).

Within the LAN, information packets are routed by devices called switches. The unmanaged consumer switch that one can purchase at the office supply store for $50; it works with the default configuration (which cannot be changed) for the small number of devices it connects. The switches on enterprise networks are have sophisticated software that allows them to manage packets sent to and from many more nodes and rules for how packets are sent and received can be configured. This software is one of the reasons enterprise switches cost about ten times the cost of consumer switches per port.

A quick “war story” about switches…

I was serving as the IT coordinator at a K-12 school when the power supply on an old switch serving one floor of the school failed. Until it was replaced, there was no network service for the classrooms and offices. I ordered a new 48-power switch completed the initial configuration in my office (I added a static IP address, named it, and tested it to ensure it would function on our network. Satisfied it was going to work when installed in the cramped storage room where it was housed, I carried it up the stairs. As I rounded a corner the principal met me and asked, “What is that?”

I answered, “it is the switch I ordered to replace the one on the third floor.”

He got a surprised look on his face and said, “Oh, when you said ‘a switch’ I imagined a light switch… I didn’t now it was that big.” 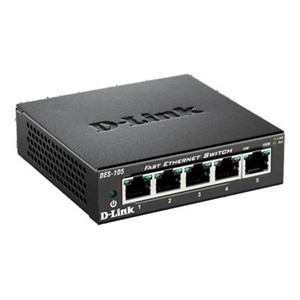 A consumer-grade switch priced at less and $20